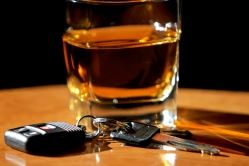 The legal limit for driving under the influence (DUI) in Georgia is .08% blood alcohol concentration (BAC). This means that any driver who submits to a breath or blood test and registers a BAC of .08% or above can be charged with DUI. This law is known as DUI per se. In the state of Georgia, however, DUIs can also arise in another way. Drivers who register a BAC below .08%, for instance, may still face criminal prosecution under Georgia's less safe DUI law.

The basis of a DUI less safe is that any amount of alcohol can cause impairment. Alcohol impairment, as established by numerous scientific studies, can negatively impact an individual's driving in a number of ways by slowing reaction time, causing reckless or unsafe driving behaviors, and reducing a driver's ability to respond to potential hazards, among other factors. As such, law enforcement officers throughout the state have the ability to arrest and charge a driver if they believe that alcohol has impaired their ability to drive. This means that even if a motorist's BAC is still below the legal limit of .08%, a law enforcement officer has the right to use their discretion to determine if their being under the influence causes the individual to drive less safely.

Recently, the National Highway Traffic Safety Administration (NHTSA) – a subsidiary of the U.S. Department of Transportation – and other anti-DUI organizations are pushing for states across the country to lower the legal limit to .05% BAC. This is directly related to scientific evidence that any amount of alcohol can impair one's physical and mental abilities. Additionally, many countries throughout the world enforce DUI laws with BAC limits lower than .08%. Although this push for a lower BAC limit has met considerable opposition, and while it is still far from becoming law, it does illustrate the fact that individuals can drive less safely with any amount of alcohol in their system.

As any amount of alcohol can result in less safe driving behaviors, Georgia law defines driving under the influence in several ways. Aside from driving under the influence of drugs and driving with a BAC of .08% or higher, Georgia law also states that being incapable of driving safely is legally the same as driving under the influence of alcohol to the extent that it is less safe for the person to drive. Cases in which a driver is arrested and charged with a DUI with a BAC below .08% present a number of legal difficulties. In particular, these cases entail a considerable amount of subjectivity, especially when it comes to the arresting officer's interpretation of a motorist's driving ability. An officer who witnesses a driver swerving, for example, can still legally arrest and charge the individual under Georgia's less safe DUI law.

In order to convict drivers under the DUI less safe law, there must be sufficient evidence and observation of a driver's inability to safely operate a motor vehicle. As these factors can become complex and difficult to present or dispute, it is essential that anyone facing DUI less safe allegations work with an experienced Atlanta DUI attorney. Courts will view the arresting officer's report carefully for signs that a driver was impaired, but these factors can be effectively challenged by a skilled and seasoned attorney. If you or a loved one has been arrested for driving under the influence with a BAC below .08%, it is essential that you bring your case to the attention of the Law Offices of Howard J. Weintraub as soon as possible. Learn more about your charge, the potential penalties you may face, and how our firm's legal team can be of assistance. Contact an Atlanta DUI lawyer today.